The more clicks an ad gets, the more potential customers go to the website. The CTR is calculated by the following formula:

Knowing the CTR or click through rate, you can objectively assess the effectiveness of a particular ad and the advertising campaign as a whole.

How to create an ad with a high CTR?

As a rule, the value of the clickability index is relatively low - about 0.1-2%. That being said, there are several effective ways to significantly increase the CTR.

The analysis of the target audience is the first step in the creation of any promotional material. Before you can start creating images or text based materials for the campaign, try and examine as much of the target demographics information as possible. This includes, but is not limited to who they are, what their age is, where they live, what they are interested in, etc. Using this information, it will be much easier to get a specific demographic to click on your teaser.

For example, if a perfume store makes a teaser, it would contain an image of a bottle of perfume, as well as a short catch phrase. Teasers created in this way will have a relatively low CTR (often not more than 1), that being said, the number of clicks that do occur and the number of conversions will be very similar, as the ad does specifically target a small portion of an audience.

But which type of image will result in a greater number of conversions? It often needs to be tested. As an example, the two ads in the images below have the same text, and yet the one on the left had 2 times less conversions than the one on the right.

You can create a CTR - teaser or banner with animation or interactive elements. While animated teasers and interactive banners cannot be created within kadam itself, it is possible to upload gifs or other formats of ads using Kadam. Here are two examples of banners with animated elements.

The image on the left could have the line in the center shift from one side of the image to the other, showing the before and after effects of the product, while the image on the right could utilize flashing text to catch the user's attention.

Ads that include eye-catching images get more clicks and conversions than ads with overused images. For products like cosmetic creams and masks as well as other related products, “before and after” ads offer good results. An example of a “before and after”ad can be seen in the image below: 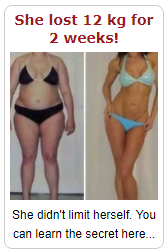 Bright colors and contrasting images immediately catch the eye, which contributes to an increase in clickability. Here is an example of such a banner: 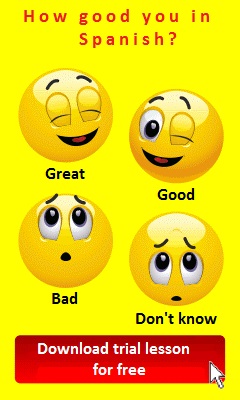 A limited amount of time can fuel interest in the promotional offer, contributing to a higher CTR. Examples of this include a promotion that is valid only until a certain date, or a limited number of the product. 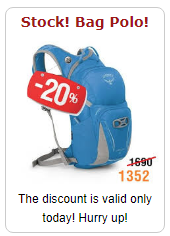 Ironically, the desire to save money is often one of the largest factors that motivates a customer to make a purchase. Leveraging this tendency can increase the CTR of advertising materials as well!

The next thing the user pays attention to after the catchy image is the headline and the ad text. In the promotional material as a whole, the picture is responsible for attracting attention, while the text is used to keep interest in the product, and make the sale. Here are some examples: “Losing weight for the lazy!”, “Urgent weight loss: lose 50 lbs a month!" , "Elegant watches that every man dreams of!” 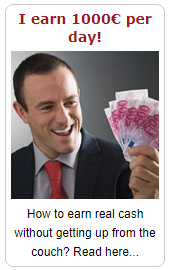 REMEMBER! The text component should be relevant to the image, correctly composed, simple, and understandable to the user (avoiding specific words).

Consistency between your promotional materials and your landing / pre-landing pages

If you have created the landing page yourself, keep in mind that the text on the landing page is as important as the text on the ad. After reading it, a person must 100% want to make an order. For this reason, common stories like “I bought a beauty mask and the wrinkles on my face immediately smoothed out” will not work. A better strategy is to make an interesting or shocking story. This type of tactic works best if the advertisement is endorsed by a famous person, including examples and photographes.

At the end of the landing page, there should be minimal text. The customer has already read the initial advertisement, and at this point has familiarize themselves with the product. The last step is to push them to place an order.

We will go into more detail on the creation of Landing Pages in the near future in one of our articles.

Experienced arbitrators will produce some kind of flair for their advertising materials, knowing which images and offers to use, what to write, as well as what formats will be the most effective. This being said, it is impossible to predict all aspects of an advertising campaign with 100% effectiveness. For this reason, in arbitration you need to test everything! Sometimes the least likely ideas are successful where the most planned out and detailed campaigns are not.

Even if you find a profitable campaign strategy, it will not be profitable forever, as interest for the campaign style diminishes over time. The arbitrator's job is in a constant flow between coming up with new ideas, analysing the market, and eventually moving on to new campaigns. Often times it is most efficient to create a large amount of material, use a small portion of it, and then improve and adapt the material that was unused for future ad campaigns.

All of this results in high click through and conversion rates!